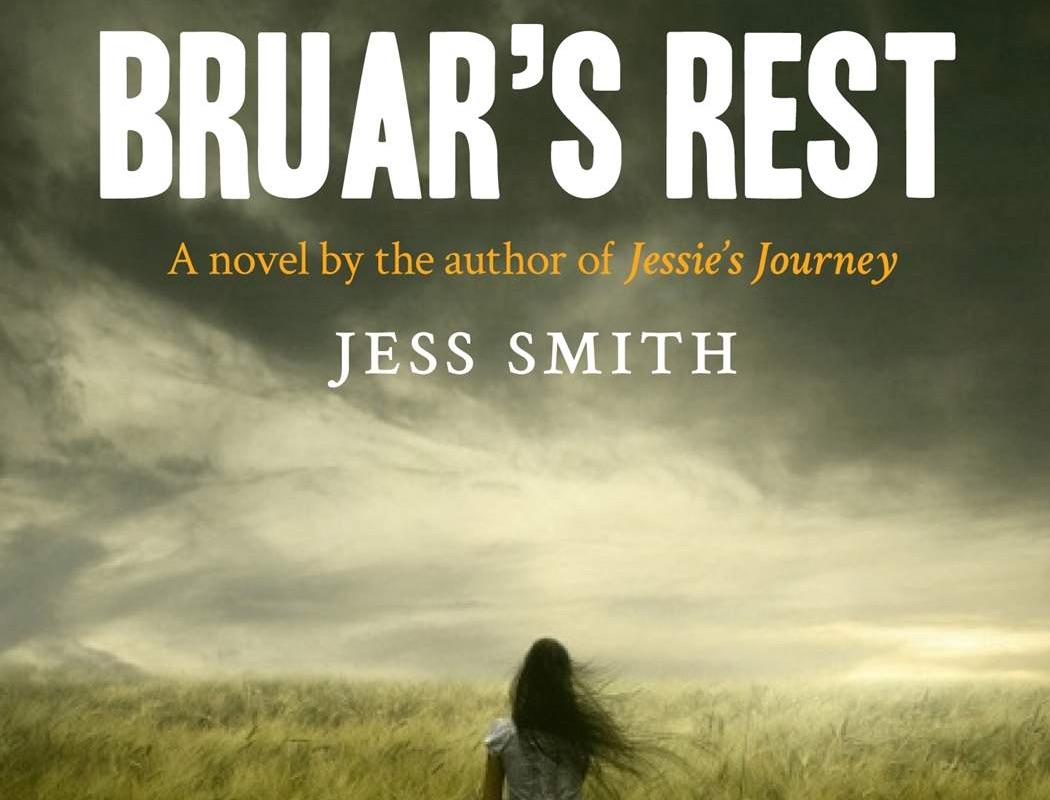 The story opens in the Highlands at the beginning of the 20th century.  The Gypsy wife of wild drunkard Rory Stewart dies giving birth to their second son.  Many years pass, and Rory and his sons are rootless Travellers on the roads of Scotland.  One night, during a winter storm, they save another Traveller family from freezing to death in a blizzard.  Bruar Stewart and one of the girls he rescues, the hot-blooded and beautiful Megan, fall in love.  But the First World War is declared, tearing their lives apart.   Bruar is reported missing in action, and Megan sets off on a long and perilous journey to find him…will Megan find her Bruar?

As she passed each familiar tree and hill, where she and Bruar had spent many a happy hour, her young head filled with thoughts. Thoughts firstly of love, then, heaven forbid, of losing that precious love, brought a surge of fear, which gripped her heart.  She clung to hope like a weak dog burying his bone so that prowling strays wouldn’t steal it.  Tears welled in her eyes as she called to her husband somewhere far across the sea.  “Without you, my man, I am useless, like a three legged rabbit or a one-winged dove.  Night brings dark shadows that haunt me with ghosts of black futures.  Now that Rachel has left me, I am so alone.  Watch your back, and whatever you do, keep safe.

On a cold and wind swept cliff edge, Megan edges to the top, something about the biting wind and the dreary world of funerals, her father-in-law’s burial took ages to arrange and the journey from the village to the far north was exhausting, she sat down upon a moss covered rock and let the ocean’s spirit fill her emptiness.

“Why are you so sad?” he asked. The one-eyed seer she’d heard of was standing there like an unwanted stranger, making inroads to her thoughts.

“Run lassie, find your man, he who sleeps above the earth, not below, fast go your way, like the stream, winding forth blindly, yet always aware of treacherous waterfalls cascading over sharp rock.  Mind how you flow, wild child of nature: go on until the great tide frees your tired limbs and the hidden sun shines for you once more.  Embrace the warmth of he who waits in the shadows

He did not answer, nor laugh at her remarks, just stared with those smoldering eyes.  Those forbidden thoughts she tried so desperately to eradicate came slinking like a thousand hungry foxes seeking their prey.  He was the prey. Both their bodies met in a tight embrace like two adders coiling around each other.  It had been so long: her skin tingled, every sex starved inch of it. Before another word fell from her quivering lips, Bruar flashed into her mind, pointing a stern finger at her naked form. “It is impossible.”

“Then why did you give of yourself so freely? It felt so right. Tell me”.

For a minute, silence fell upon them.  She shuffled her bare feet in the chaff-covered ground.  Beth gave a snort, then a whine, as if telling her not to stay another minute, but to run and never come back, fool that she was.  Still, what kind of person would use another and not be truthful.  It wasn’t her way.  Cupping his face in her small but firm hands she said, “I am a married woman.”

A look of utter disgust spread across his face.  He lifted his scattered clothes and hastily dressed.  His strong Catholic religion and upbringing forbade him the cohabiting with another man’s wife. Adultery was a dreaded sin. Without a word, he left her alone with the horse.

Her inner self was merciless. “You deserve to be whipped,” it told her.

Just then a low eerie rumble of wind followed by heavy sleet spitting hard against the windows brought back the earlier encounter. “What if he decides to come a-creeping round us?”  Megan thought with a shiver. The spooky vision she had seen earlier in the mist ushered in new fears. “Strange, that one day a merry dance of passion is followed by another of hidden terror.  Better lock up early, just in case, but before I set the wagon for the night, I’ll take my old mate outside to pee.” Mother Foy would not have this, however.

“Bring in the bucket, we’ll use it tonight.

As she opened the door, the pitch darkness filled with wind and sleet engulfed her like a dance of ghosts around gravestones.  “God bless me, if this is not the dreichest weather,” she said, groping for the wagon steps. The bucket was hung on a broken branch of an old tree trunk.  Pulling her coat over her head and shoulders, she rushed into the gale and retrieved it.  Gripping the pail tightly, she turned and forced her steps back up the wagon stairs.  At the top, movement amid the nearby bushes stiffened her. Forgetting the old woman and still shaken by her earlier experience, she screamed out, “I swear bastard, no way will I run from you again!”

Who was this person?  Feelings of vulnerability and a sense of worthlessness battled within her head.

Fingers closed tightly around the metal handle of the bucket, as the weird words crept inside her ears and chilled her brain. The creature threw something; it landed at her feet, and then rolled heavily down the steps.  She threw the bucket, a rook squawked…Bull Buckley was here!