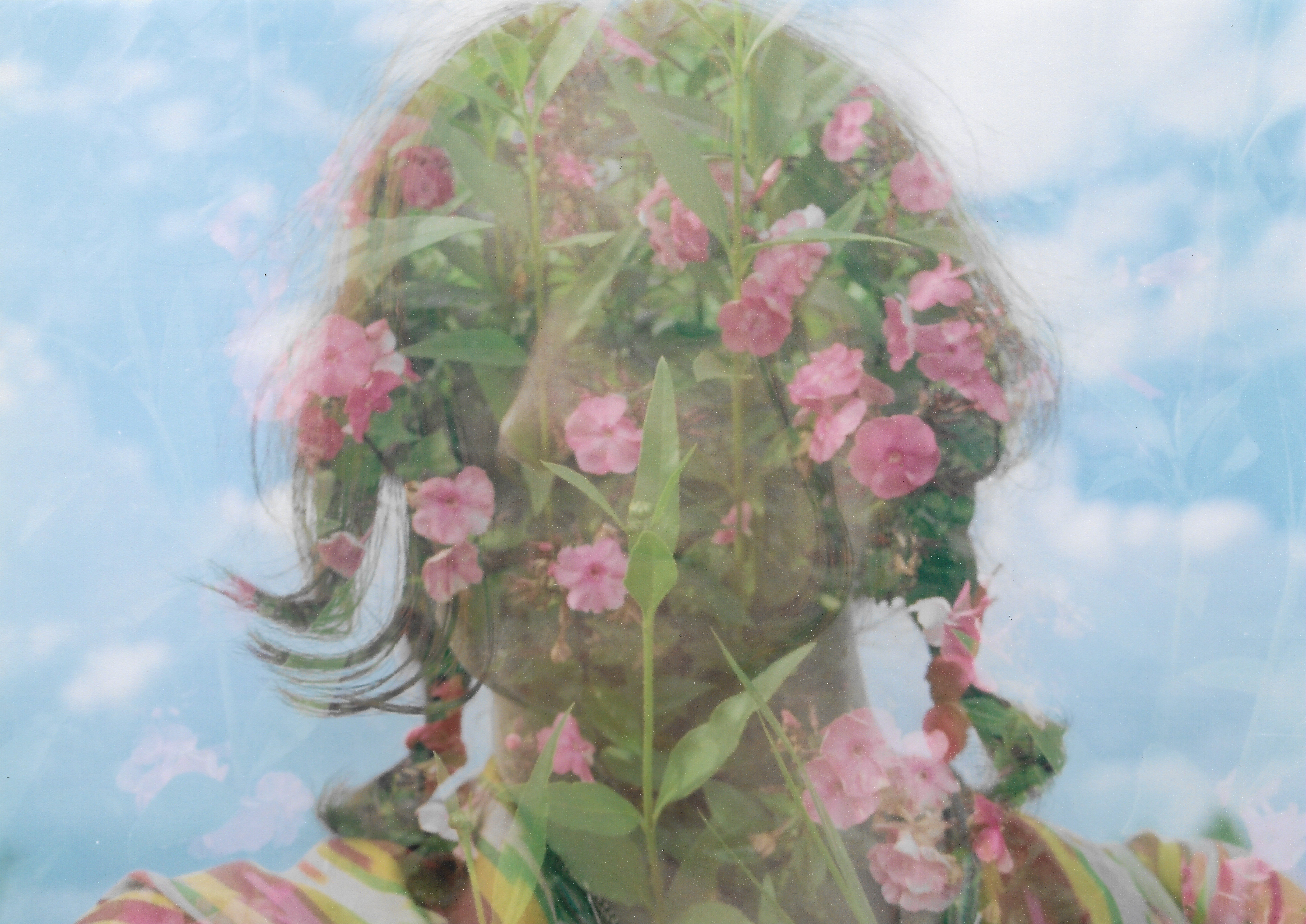 Delaine Le Bas is an artist, her late husband was the artist Damian Le Bas and she is mother to Damian James Le Bas the writer and poet.

Delaine is the eldest of five children and was the only member of her family to finish school. Delaine spent the majority of her childhood with her Great Uncle Eddie who was her biggest inspiration and encourager in her work he drew with her, they made hairstyles like his idol Veronica Lake and watched films like “Imitation of Life” with Lana Turner. She spent time with him and his partner Peter in Brighton and they wandered round the second hand shops finding books on film stars and buying vintage clothing. She studied Fashion & Textiles at St Martins School Of Art London where she completed her Master Of Arts Degree 1986 – 1988 and has been a practicing artist since leaving St Martins. Delaine has developed her artistic practice over the years and it includes film, photography, installations and performance. Delaine has an very individual use of textiles and clothing within her works, embroidered, hand painted and embellished.

Delaine deals with the body as a stolen artefact and her performances have taken place both inside gallery spaces and on the street. Clothing and its identifying significance is part of her everyday practice as an artist and this is continually documented in the works that she produces. Clothing along side her own hair have become part of her extensive installations that deal with issues of stereotyping, Her use of the body as a means of developing a dialogue about its place within the history of prejudice and racism. What it means to be the ‘outsider’ and the many forms that this takes in terms of ideas of beauty, sexuality, location and the ambiguity of who we are as individuals and how we can develop personas to conduct intensive development of ideas around what male or female means. What is the meaning of Feminism when you are a married, heterosexual female who loves her partner, has a child, is an independent artist, who dresses how she pleases, makes the art work she wants, and continually questions the status quo. This position is not the submissive female Gypsy stereotype and all of Delaine’s works questions what this is and who has made the rules historically regarding this and who are those who still wish to continue binding us by out dated modes of thinking with no authority other than their counted colonialist attitudes. Delaine sees part of her artistic practice to crack open the dialogue and see what ills it spills into the conversation of the ongoing Gypsy Roma Traveller debate.

Safe European Home? The installation created with her late husband has been constructed in various locations across Europe it started in 2011 outside the parliament building in Vienna and its last location was for 3.Berliner Herbstsalon at Gorki in Berlin November 2017. Safe European Home? is a series of buildings that make comment on the precarious nature of the lives of anyone who finds themselves on the fringes of society. For the Roma community this is still and historically a primary position that we find ourselves in. Hand painted slogans like ‘We Believe In Radical Diversity” with Damian’s large silhouette figures looming, Delaine’s skeleton figures ‘on the run’ along side historical documentation and images which confront and ask questions of the society we live where equality and Human Rights are for the privileged majority while many suffer, are side lined, deported, excluded from society, left like rubbish at the borders surrounding ‘Fortress Europe”

Spivak describes in making Visible 2011 the works of Damian and Delaine as:

“Theorising, as making visible and staging, is not separate from art practice. I try to show this by suggesting that Damian and Delaine Le Bas’s frail staging of Roma life and history is just that: theory as theatre.”

Delaine worked extensively with her late husband on the ground breaking theatre production Roma Armee which is currently being performed at Maxim Gorki Theatre in Berlin.

Delaine’s works have been exhibited at Prague Biennale’s 2005 & 2007, she was one of the sixteen artists who were part of The First Roma Pavilion Paradise Lost Venice Biennale 2007, she exhibited her installation Witch Hunt at Gwangju Biennale South Korea 2012, she is artist and curator for Athens Biennale 2018 and is the co curator with Hamze Bytyci for Come Out Now! The First Roma Biennale 2018 an idea initiated by her late husband Damian that will take place this April at Maxim Gorki Theatre Studio R Berlin. Delaine is also associate curator at 198 Contemporary Arts & Learning London.