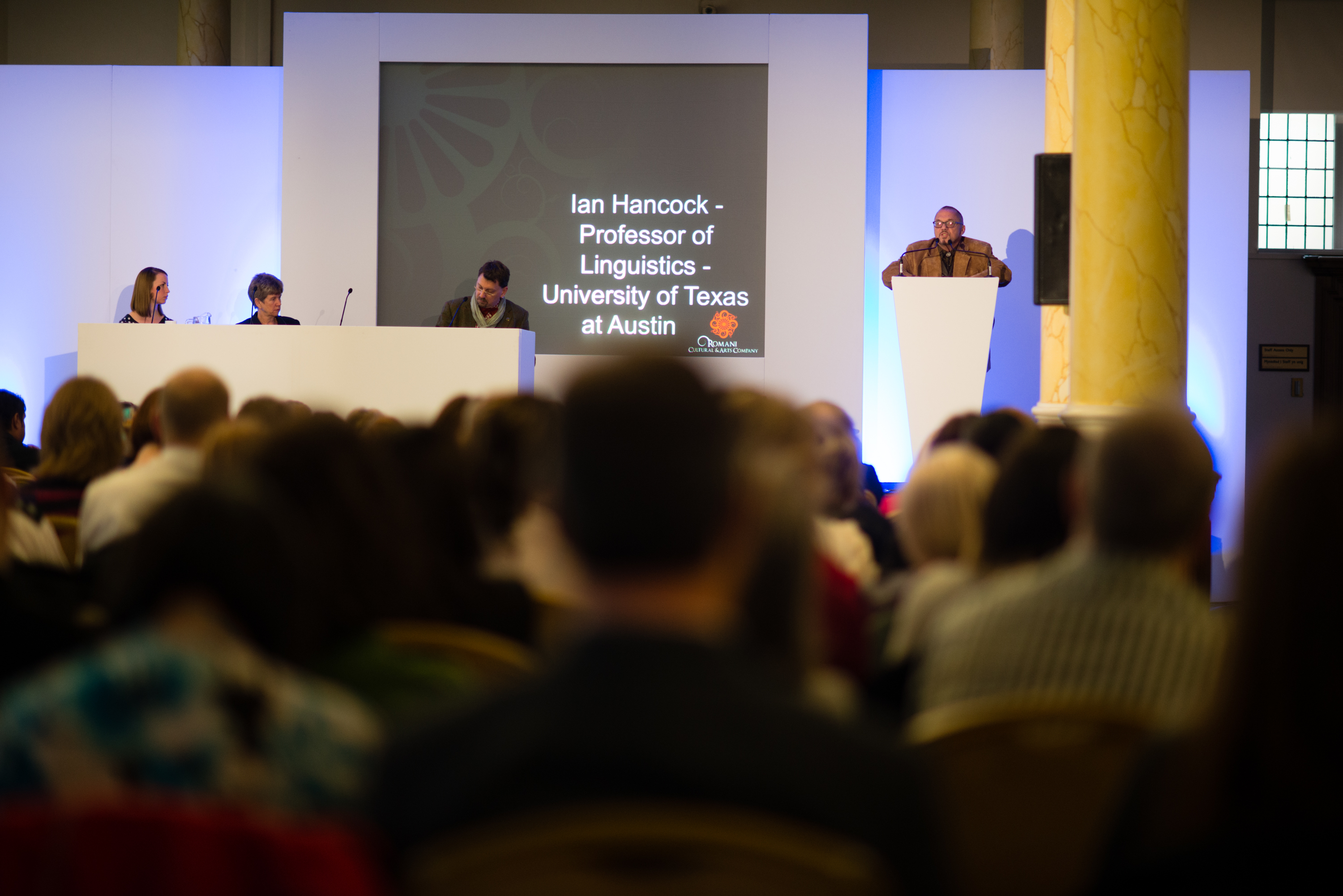 The National Symposium is a development of the annual Gypsy, Roma & Traveller Workshop that encourages members from Local Authority, Central Government and GRT communities to discuss openly the challenges experienced in accessing services and provision. The previous annual workshops, held in Newport have been aimed at promoting a better understanding and appreciation of the developments needed to establish improved social cohesion and integrate GRT communities for the greater good.

This year, the message has been extended to include the concerns regarding wider Romani communities across Europe and beyond. The situation in many countries in the European Union is a cause for profound concern, as the recent report from the Council of Europe’s Commissioner for Human Rights, Thomas Hammerberg has noted. Beyond the borders of the EU, the economic and social conditions for Roma and other Gypsy groups grow more grave day by day. Many of these communities are now present in the UK and Wales in particular, in increasing numbers as they seek asylum, better opportunities for improved quality of life and access to services and goods that are denied in their countries of origin. In particular, access to quality, early childhood education and care services, seen as the key mechanism to achieving long-term change for the Romani peoples, is at the heart of this year’s symposium.

We will have a number of important speakers coming from a wide range of organisations that promote and support Romani rights, in addition to well-known academic experts in the field of Romani Studies, policy and development. The event will be opened by Jane Hutt Assembly Member and Minister for Finance and Leader of the House, Welsh Government. The speakers include Emeritus Professor of Romani Studies, Dr Thomas Acton (OBE), Dr Adrian Marsh from the Open Society Foundation’s Early Childhood Programme (Roma initiatives), Mr Isaac Blake, Director of the Romani Culture & Arts Company. I hope you will be able to join us, and would be grateful for your early confirmation by email to isaacblake@romaniarts.co.uk.