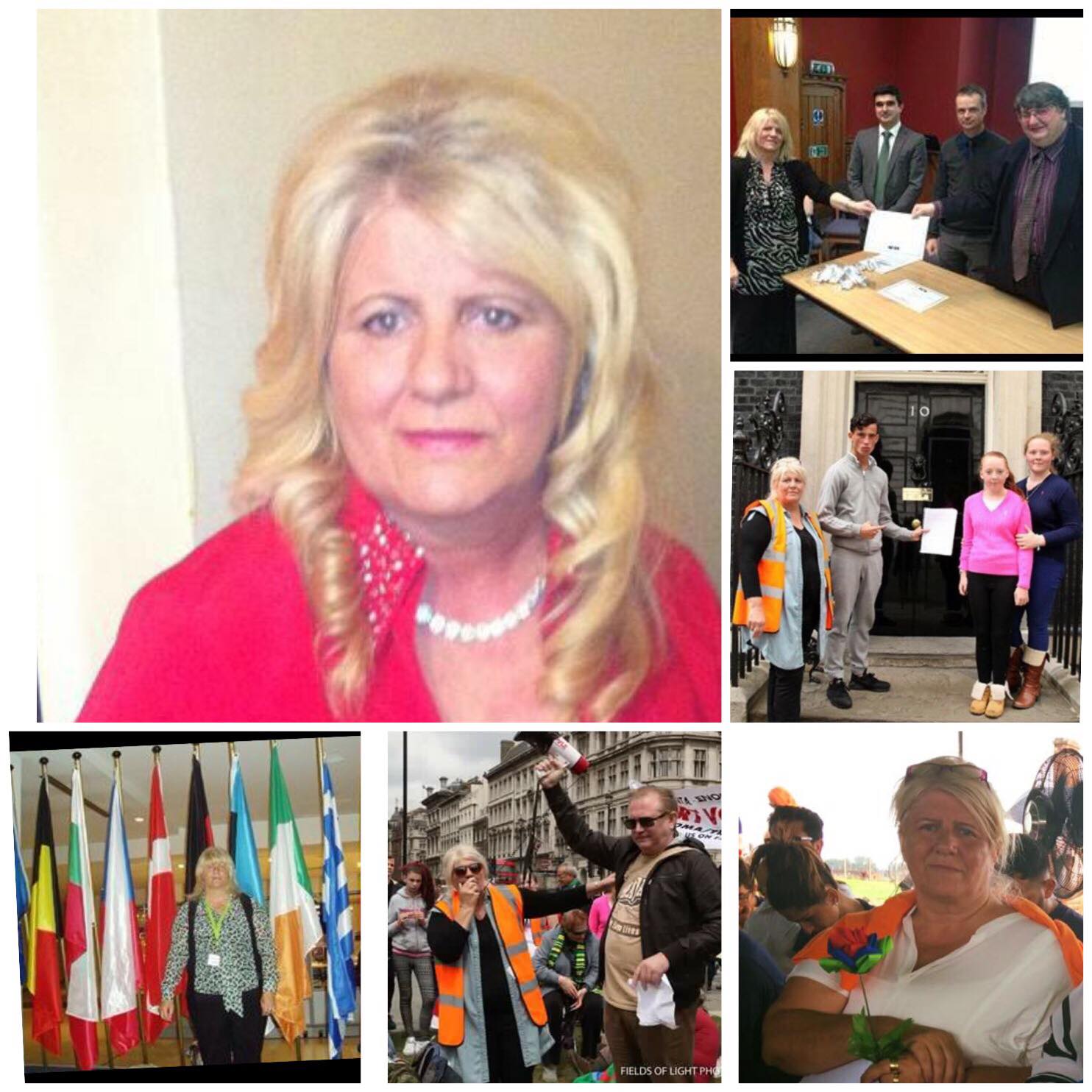 The Romani Cultural and Arts Company 10th profile will be of Josephine O Driscoll, Chief Officer of Gate Herts and Report Racism GRT.

Josie was born into a Traveller family in Ireland, she came to the UK in the late seventies, married at sixteen and has seven children. She lived a nomadic life travelling around Britain until an illness forced the family to settle in Hertfordshire in the nineties.

Josie worked in her local Citizens advice bureau as a gateway assessor and coordinated their Gypsy Traveller project.

She volunteered with The Traveller Movement in London as a Community development worker and researcher for many years.  She holds an Advanced Award in the Management of Gypsy & Traveller Sites and she has won several community engagement awards. She has trained as a Roma meditator on the Council of Europe Romed program.

She sits on several local and national governmental advisory and Equality and hate crime boards. In 2008 she Founded  and chaired GATE Herts (a GRT led not for profit charity) before taking on her current role as Chief Officer, she is committed to working towards the elimination of discrimination and disadvantages facing Gypsies, Traveller and Roma people.

Report Racism GRT is a hate incident reporting site and support service in the UK hosted by GATE Herts. Josie said that their  ‘Report Racism GRT website was a new weapon in the fight to make racism against Gypsies, Roma and Travellers “unacceptable” GATE Herts’ ‘Report Racism’ is supported by the Independent Advisory Group for Hate Crime.

Josie is a group leader on GATEs  partnership project with Dikh he na Bister Roma Holocaust Memorial and she organises a youth group at home, and accompanies their educational process and assists the organisation of the 5-day event in Krakow every August.

She was one of the organisers for the Dosta Grinta 2016 London protest against the new planning definition for Gypsies and Travellers. She accompanied a youth group to no 10 Downing Street to present a petition to David Cameron the then Prime Minister. Josie is passionate about pushing the Community ownership agenda. She says ‘Communities thrive when they develop their own assets, but also when they “own” their problems and issues. When communities accept that it is “their” problem, then they are more likely to work together to develop a solution, and the solution will be better than one provided solely by an external “expert”.’ Experts by Experience emphasises the value that individuals with experiential knowledge bring to the table and offers a range of practical advantages.