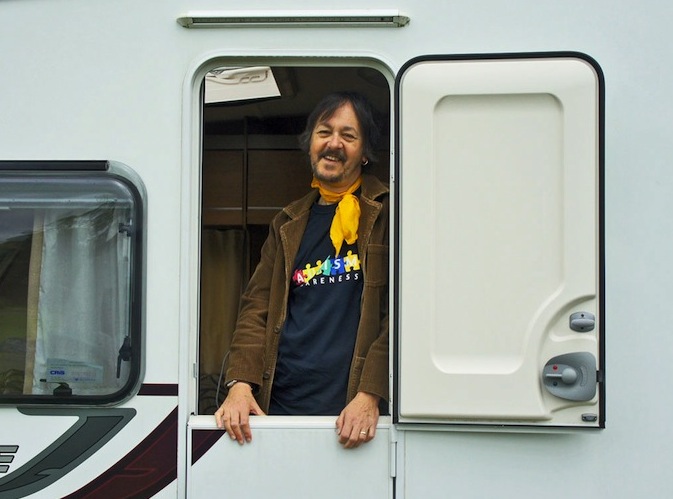 Patrick Jasper Lee, author, songwriter, theatre director, course leader, and activist, has Welsh Romani roots, and has used his family’s knowledge and experience to educate people on the folklore, mythology, and traditions of the Romani people, thus preserving what is otherwise a dying culture. His first book We Borrow the Earth: An Intimate Portrait of the Gypsy Folk Tradition and Culture, originally published by HarperCollins in 2000, took him around the world and introduced him to the loss of tribal culture (especially his own) on a vast scale, together with the acute dislocation communities now experience as a result. His books, his work with music and a small folk theatre company in which he was artistic director, together with his involvement with autism, have over the years promoted the health benefits of learning about indigenous tribal community and the advantages of being out in nature. His self-development courses ran for a number of years, drawing from Romani myth and folklore. Jasper firmly believes that we are the poorer for losing the traditions and rituals that once strengthened earlier Romani communities and their connection to Earth, all of which can lead to cultural misappropriation. He is a fierce campaigner for developing respect and understanding in those seeking inspiration from his culture, and constantly advises people not to confuse indigenous culture with modern new-age culture. Jasper regularly speaks at festivals and events, and currently writes and works in southwest Wales. He states: ‘I have learned that drawing off the original template Earth gave to humans thousands of years ago, with its necessary values, is the only means of surviving modern life. Feelings of not belonging are now rife in society. I therefore promote my own culture as a means of connecting with Earth, and each other. We are obliged to pull ourselves away from “pretend culture” and study real ancient culture if we are to preserve our souls and our dignity.’