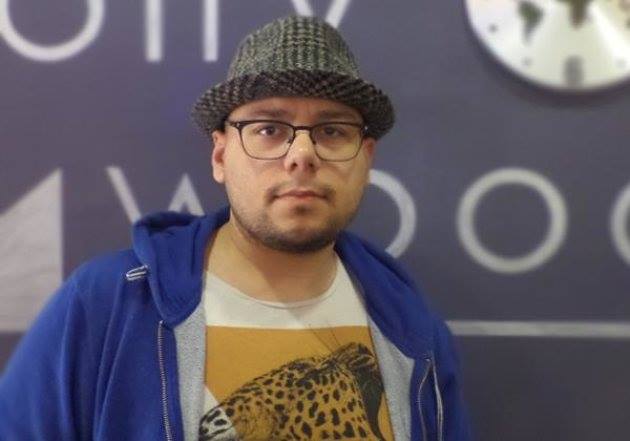 Vicente Rodriguez Fernandez (April 27,1988) is a Roma human rights activist, community organizer, screenwriter, cartoonist and Pop Culture expert. Rodriguez is currently working as Co-director of the Legacies of Empires program of the University of Washington and is the president of TernYpe, the international Roma youth network. From 2010 he has been involved in the organization of the Dikh I na Bister initiative for the recognition of the 2nd of August as the Roma genocide remembrance day, in 2014 Rodriguez and a small team of friends organized a thousand Roma youngsters to participate in the Auschwitz-birkenau commemoration during the 2nd of August. Rodriguez has received a fellowship from the Open society foundations in 2016 and has been recognized by Forbes magazine as one of the 30 under 30 most important policy makers in Europe.

Rodriguez has co-founded a dozen of very successful initiatives aiming at the improvement of Romany narratives in mainstream media. His job as founder of RomaPop, an international organization that lobby for the narrative rights of Romany people in Pop Culture and comics, brought the attention of the US comic book industry during the 2016 New York Comic Con. During the last years Rodriguez has committed greatly to the building of strategic alliances for Roma people, particularly with African American, Jewish, Armenian and Muslim youth, in 2015 he co-founded the Europe of Diasporas initiative with AGBU and EUJS.

In 2014 Rodriguez traveled extensively through Europe visiting Romany communities, he researched on hate crime, school segregation, WWII narratives, living conditions, faith based communities and grassroots mobilization. He traveled during 7 months together with the American journalist and psychologist Rebekah Ward, and conducted over 140 interviews in 17 countries. From 2016 Rodriguez has been involved as community organizer with different Romany Christian fellowships, particularly in the fight for voting rights and self-organization.