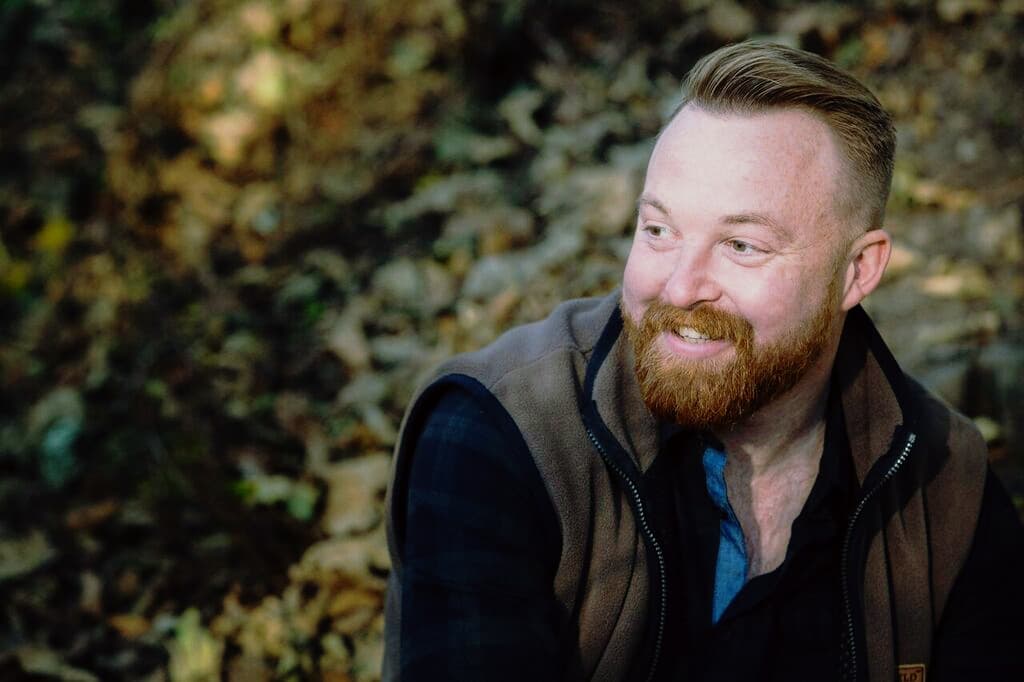 The Romani Cultural and Arts Company 25th profile will be of David G Pullar, Chairperson HOTT

David, the third In the line is the eldest of three boys. Born in 1987 he was raised in the ‘abandoned’ village of Fishtown of Usan, south of Montrose on the eastcoast of Scotland.

David grew up with his hard-working father, a netsman and director of Scotland’s largest wild salmon fishing company and his Mother an equally hardworking housewife.

While latterly his family has had relative financial success in the early days things were a lot tougher, his father a ‘scaldie’ (non traveller) is an accumplished musician so took extra work performing at weddings and other functions whilst his mother a Scottish Traveller did only as she knew how and took to the fields, kids in tow for work, picking daffodils in the spring, berries in the summer and tatties and neeps in autumn and winter instilling a strong work ethic to David and his two brothers from an early age.

In his teens David became more aware of his Traveller roots and set out on a road of self discovery realising that his great grandmother was infact the renowned Scottish Traveller Betsy Whyte, famous for her best selling autobiographies The Yellow on the Broom, and Red rowans and wild honey and noted for her  exceptional presence as a remarkable and powerful storyteller.

Between working at the fisheries and his horticultural studies David became so engrossed in his ‘new found’ Traveller heritage that he hosted concerts, festivals and exhibitions imparting his findings and sharing the bitter sweet life of Scotland’s Travelling people with the wider public.

Driven by pride for his unique heritage and desire to convey his cultural identity David was then nominated for the young Scot of the year and Angus ambassador awards for cultural diversity, gaining national coverage.

David continues to promote his Traveller heritage and the contribution made by Travellers to the rural landscape of Scotland and its folk culture through storytelling and ballad singing and celebrates the achievements of his great grandmother through numerous events and the Betsy Whyte Facebook page, he is an aspiring writer and poet and hopes one day to be published.

At present David is chairperson of the Scottish charity HOTT (Heart Of The Travellers) and is working with the committee on its latest project ‘Sense of Identity’ a self made film and exhibition which looks at what it means to be a Scottish Traveller. The exhibition is currently touring Scotland.