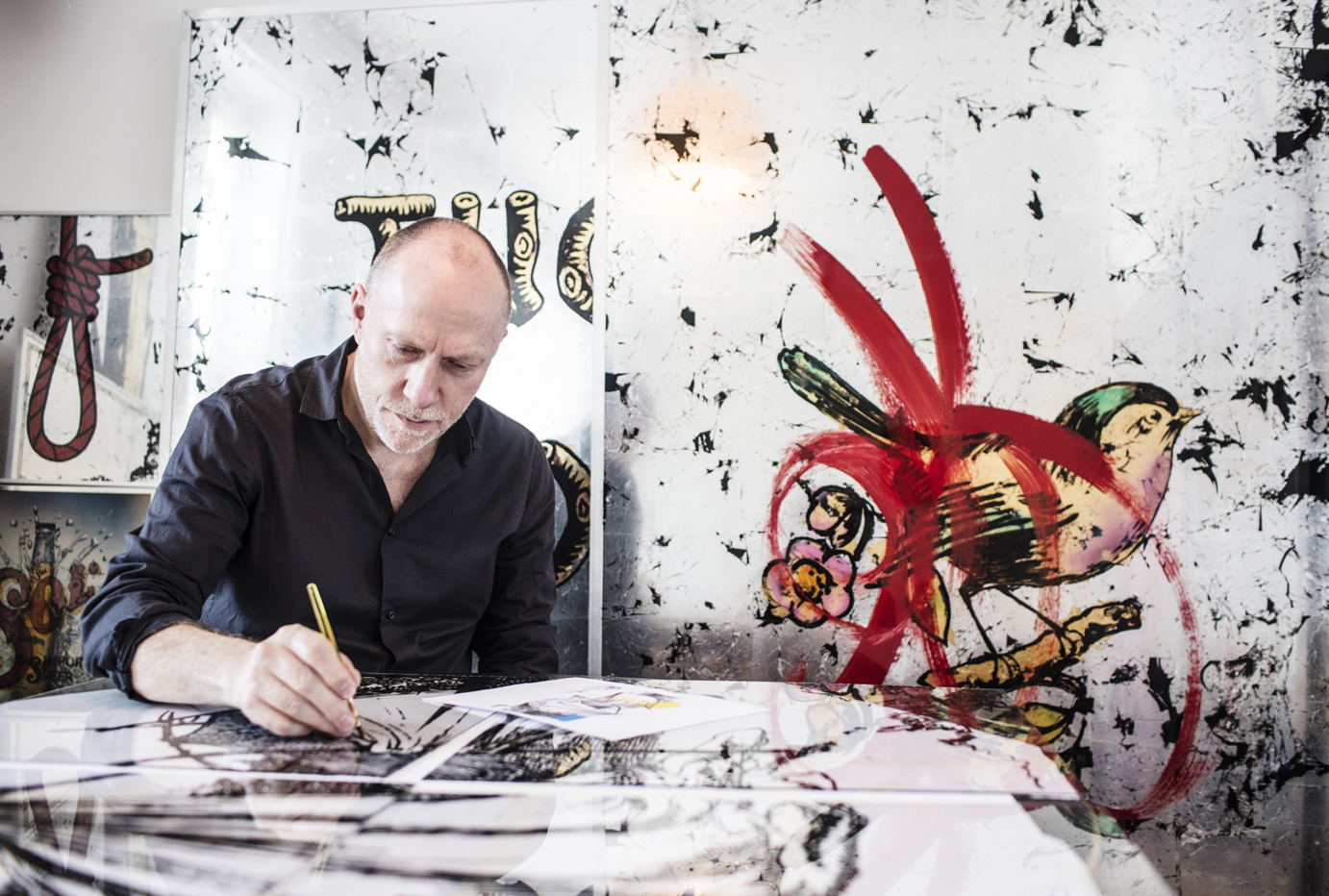 Daniel Baker is a Romani Gypsy born in Kent, United Kingdom. An artist, curator and theorist, he holds a PhD on the subject of Gypsy aesthetics from the Royal College of Art, London. Daniel acted as exhibitor and advisor to the first and second Roma Pavilions: Paradise Lost and Call the Witness at the 52nd and 54th Venice Biennales respectively. His work examines the role of art in the enactment of social agency through an eclectic practice that interrogates contemporary art discourse and its social implications via the reconfiguration of elements from Roma visual culture. Publications include We Roma: A Critical Reader in Contemporary Art (2013) and Ex Libris (2009). Daniel’s work is exhibited internationally and can be found in collections worldwide. Former Chair of the Gypsy Council (2006–2009), he lives and works in London.

The rich visual culture of the Romani community remains Daniel’s main inspiration. The way in which Roma aesthetics so eloquently employs both artistic and functional elements to convey the spiritual and the everyday concerns of Romani life are a source of constant fascination for him. The glass cabinets that housed the collections of ornaments owned by his family remain a vivid memory from Daniel’s childhood. These decorated display cabinets, with their transparent doors and mirrored interiors, reflected the objects within them from all sides at once to amplify their visual impact—the dynamic influence of which can be seen in Daniel’s artwork today.

An ongoing examination of the influence of Romani visual culture, both on Romani communities and on wider society, is at the heart of Daniel’s work. By employing elements of a Roma aesthetic in his artwork Daniel’s intention is for us to look again at objects and narratives that might be overlooked in order to find meanings that we might not expect. He suggests that re-contextualising familiar symbols and references can allow new interpretations to emerge which might then challenge pre-existing ideas. Re-evaluations of cultural artefacts can also in turn prompt re-evaluations of the communities that produce them. For example the focus of Daniel’s Shine exhibition was to re-consider the Romani home in its many forms and the ways in which the decor and objects with which families surround themselves carry social, cultural and personal narrative—not only through the images depicted but also through the materials used. By examining those objects valued by people we are brought closure to understanding the people themselves.