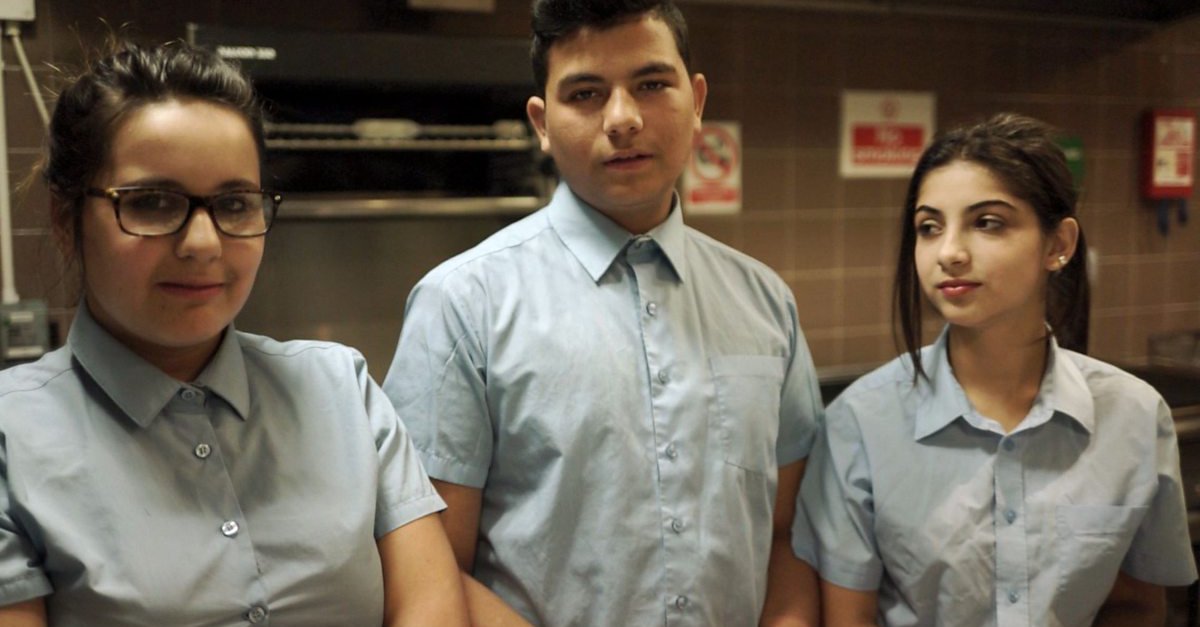 Romani Arts and GEMS working with BBC Cymru Fyw, BBC Children in Need asked some of it’s Welsh grantees to use smartphones, ipads and DSLR cameras to create videos of themselves preparing a simple, healthy(ish) meal, and have a laugh at the same time!

Many young people across the UK face challenges when it comes to the difficult transition into adulthood whether that is living independently or cooking for the first time.

These films, created by youngsters who are facing some of these challenges, aim to inspire other young people to have a go themselves. hey are in different languages, including Welsh, English, Romanës and British Sign Language.

The Roma young people in this video are speaking ‘Romanës’, or ‘Rromani-chib’, the language spoken by Romani people all over the world. They are speaking a dialect of Rromani-chib that is called ‘Vlachi’, that is spoken by many Roma of south-eastern and eastern Europe (Rumania, Hungary, Moldova, Poland, Bulgaria). Rromani-chib is originally an Indian language, part of the Indo-Aryan family of languages. Most European languages are also part of this same language family (except Finnish, Hungarian and Turkish, which are all part of the Central Asian family of languages). Miroslav (15), Lara (13), Slavo (13) and Jessica (12) who are in the video are from families that lived in the central region of Slovakia, in Poprad and Banská Bystrica.

They are making traditional Christmas biscuits, using a recipe from their grandparents and two of them, Miroslav and Slavo, are studying for their GCSE in catering. There are other foods that they will particularly make with their families for Christmas, as this is an important festival in the Christian Roma calendar, as it is in the Welsh calendar.

Isaac Blake; Director of the Romani Cultural & Arts Company, said “I am so proud of these young people, their confidence and their positive energy. They represent the determination of  the Roma young to pull themselves over barriers and be recognised as valid contributors to their community and the wider world around them. They deserve the best!”

Enjoy the films and have a go yourself using #DimPoptyPing