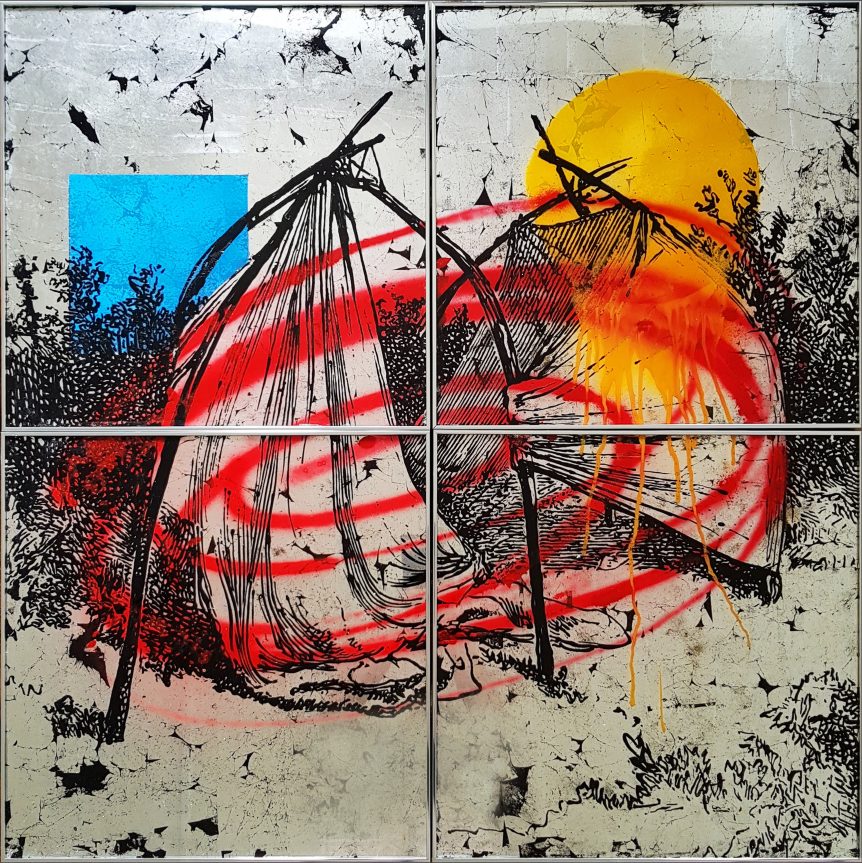 During the United Nations General Assembly
At the Consulate General of the Federal Republic of Germany  in New York, USA
Organized by the European Roma Institute for Arts and Culture (ERIAC)
Opening date: September 24, 2018
During the United Nations General Assembly which will take place in New York City, the European Roma Institute for Arts and Culture (ERIAC) will host a Symposium and Exhibition at the Consulate General of the Federal Republic of Germany in New York. The ERIAC „SUKAR” Symposium and Exhibition to Envision a Prosperous Future for the Largest European Minority, will take place on September 24th, 2018 and is supported by the Federal Foreign Office of the German Federal Republic.
The symposium is organized to present the most current trends and approaches for the recognition and support of Roma arts and culture and Roma leadership in Europe, and beyond. It will include the discussion “The role of ERIAC and the Roma cultural scene in (Re-)Building Social Solidarity”. The recent (2017) establishment – achievement of the European Roma Institute for Arts and Culture contains the efforts made by the transnational, well-organized and persistent Roma cultural movement and its non-Roma allies and supporters throughout Europe, who understand that social inclusion is impossible without cultural inclusion, and who know that the security and well-being of the largest minority is a precondition for the stability and prosperity of Europe. The discussion serves as a platform to look beyond the present and envision the peaceful, respectful and prosperous future for the Roma, as well. The discussion is a platform for exchange between those who have been the guardians and allies for the transformation which builds on the assets within the strong, sukar (beautiful) and self-determined minority.
The exhibition is an attempt to look beyond the Roma stereotypes and representations and contemplate a future in prosperous and peaceful co-habitation and mutual respect. The exhibiting Roma artists extend, comprehend and step in conversation with the existing, permanent artworks presented in the exhibition hall of the Consulate General of the Federal Republic of Germany in New York. The newly forming collaborative works, installations and space-segments contemplate the knowledge, strength and beauty, ready to be shared and educated from within the Roma community. The artists reflect upon the role of the Roma themselves in working responsibly, authentically and sensitively with the resilient and rich Roma cultural heritage and it`s immense contribution to national cultures. They demonstrate the artists` pedagogy to preserve – Roma artefacts, traditions, occupations, language, beliefs and knowledge – as a strategy of survival amidst a history of continuous persecution, discrimination and violence.
Participating Artists: Daniel Baker, Robert Gabris, Delaine Le Bas, Emilia Rigova, Alina Serban
Image: Impression Sunset by Daniel Baker
(The work consists of four 50cm panels of framed Plexiglass which fit together to make one image. The work can be hung using the nylon cord system described in the exhibition outline)
Impression Sunset by Daniel Baker, 2017, enamel and silver leaf on Plexiglass, 100cm x 100cm
The title of this work references the painting by Claude Monet, “Impression Sunrise” which signalled the birth of the Impressionist Movement in Europe in the late 19th Century.
Here a monochrome graphic image of a bender tent is shown within a brightly symbolic landscape comprised of pivotal art historical motifs including modernist blocks of colour, abstract painterly drips and graffiti spray paint.
Bender tents were regularly used as dwellings by Romanies during the Impressionist period and the artist’s ancestors are recorded as living in such homes on Mitcham Common near London during the 1881 UK census.
By embedding the image of a Romani dwelling within an array of key art historical references the work seeks to locate the Roma presence within key moments of societal transformation – not only to affirm our place in the world but also to place us firmly within the historical narratives from which we have been regularly excised.
By re-contextualising our past, we create the foundations for reimagining our futures, futures in which we are fully recognised for our participation as valued citizens. This work attempts to relocate Roma within historical narrative in order to better understand our path forward.