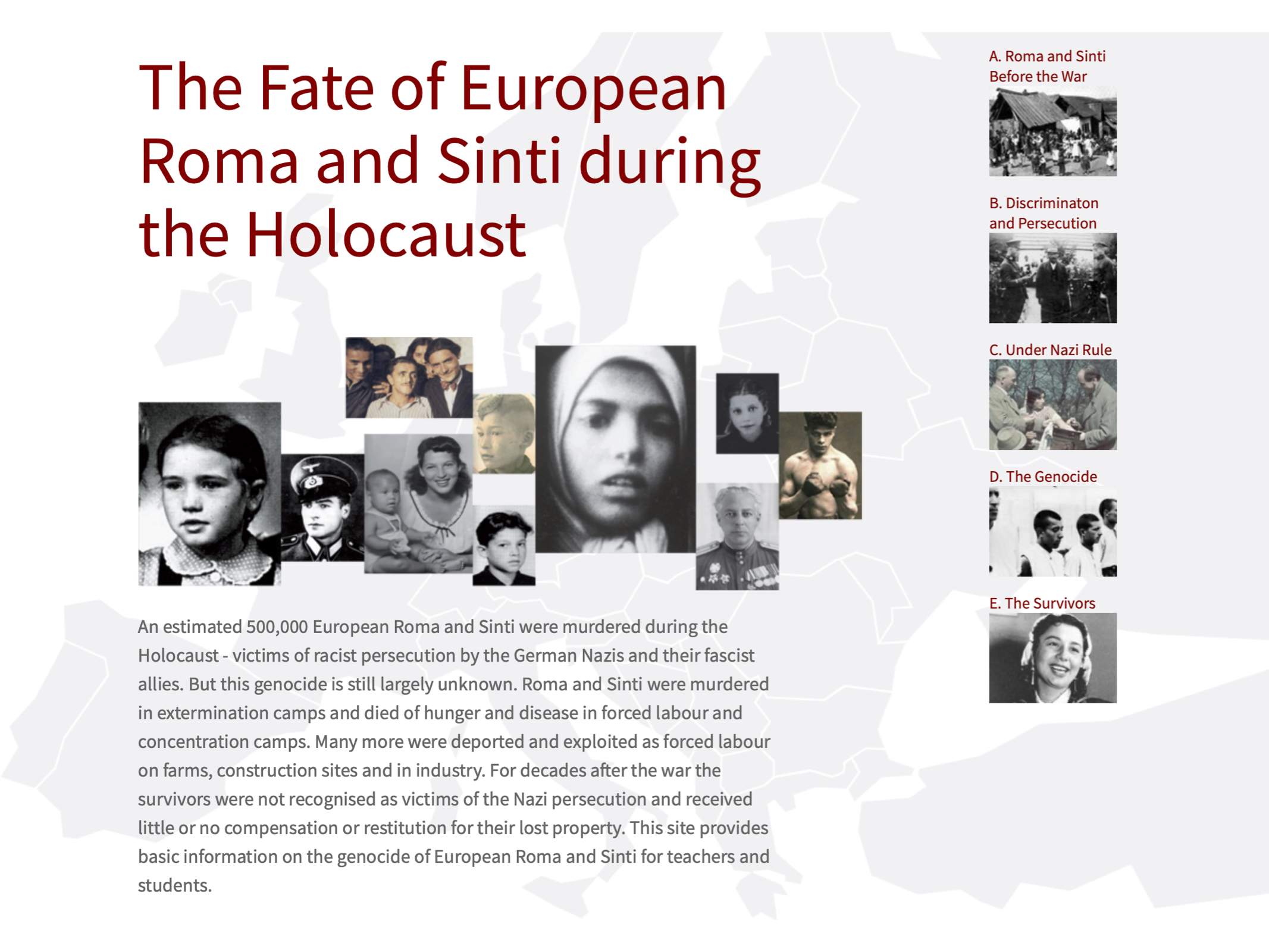 An estimated 500,000 European Roma and Sinti were murdered during the Holocaust – victims of racist persecution by the German Nazis and their fascist allies, but this genocide is still largely unknown. Roma and Sinti were murdered in extermination camps and died of hunger and disease in forced labour and concentration camps. Many more were deported and exploited as forced labour on farms, construction sites and in industry. For decades after the war the survivors were not recognised as victims of the Nazi persecution and received little or no compensation or restitution for their lost property. This site provides basic information on the genocide of European Roma and Sinti for teachers and students. The web-site gives a detailed account of the experiences of Roma and Sinti communities across Europe, during the period of the Second World War (1939-1945).