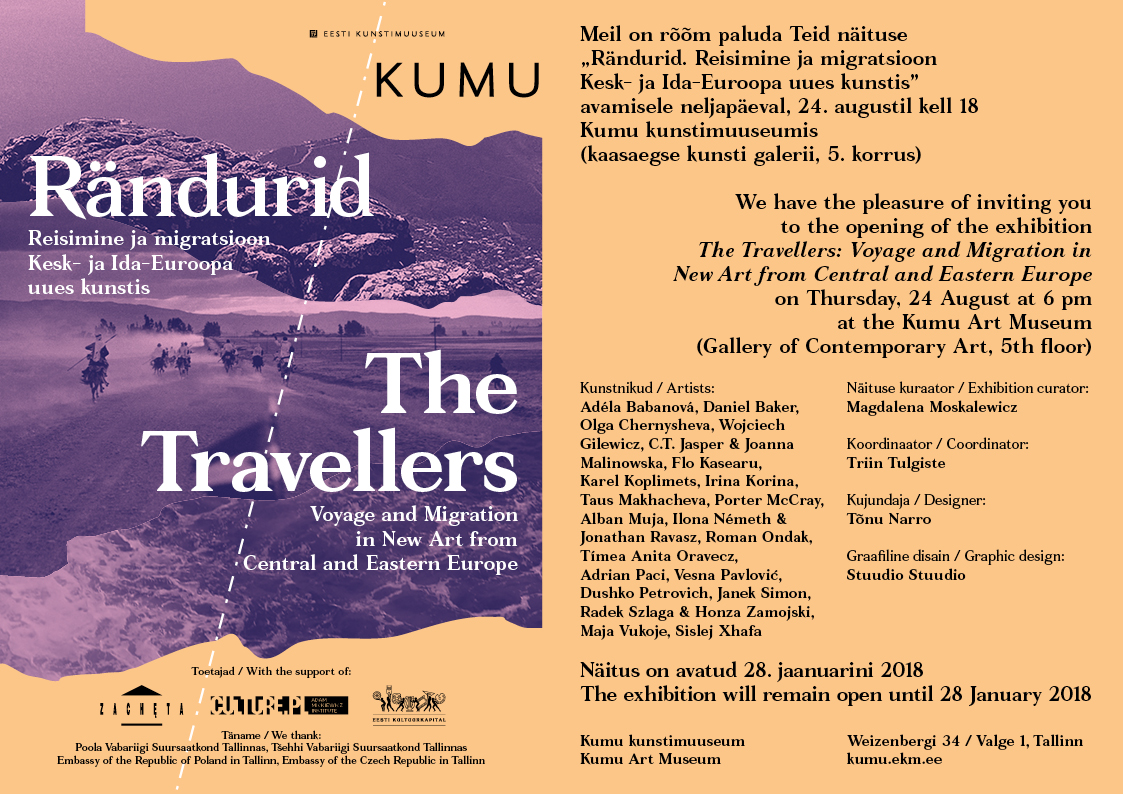 The exhibition looks at travel in a region where freedom to travel was, until recently, a luxury available only to the very few. The revolution of 1989/1991 and the subsequent opening to the world and globalisation processes allowed citizens of the former Eastern bloc personal mobility on an unprecedented scale. The region’s new, post-socialist identity was dictated by participation in international exchanges as much as by the new political and economic order.

For two successive decades, capitalism and globalisation carried us farther, faster and surer, until we got used to thinking in terms of progress with only one direction: forward! Accelerated mobility became the ultimate condition, just as forced immobility had been a defining factor for the previous generations of Eastern Europeans. Today, we see how that moment was as pivotal for modern European history as it was exceptional. Europe’s response to foreign refugees shows that our participation in the global exchange was, and is, predominantly one-way. We do not willingly share the privileges that we gained after the fall of the Berlin Wall and as a consequence of our EU accession. We are enthusiastic about going abroad, but far less so about welcoming foreigners.

The Travellers showcases the enriching value of travel and simultaneously problematizes the tensions that inevitably arise between the poetics of the travelling experience and the political situations that condition it. The exhibition presents mobility as the ultimate condition of today just as the forced immobility was the defining force for the previous generations of Eastern European citizens – thus offering a reflection on the character of contemporary postsocialist identities, formed at the intersection between the two.

Twenty-four contemporary artists hailing from fifteen countries of the former Soviet bloc and former Yugoslavia show how people, goods, and ideas flow between this part of Europe and other regions of the world. They tell the stories of holiday trips as well as distant journeys and migrations; stories of the closed borders during the divided Cold War-era Europe as well as of the capitalism-driven acceleration of the 21st century. Travellers and migrants themselves, they share their personal experiences of moving between various languages and cultural contexts – the multiplicity of viewpoints particularly needed in the time of heightened nationalism and anti-immigrant sentiments in Europe today.

All works in the exhibition were created after the year 2000 by artists from Poland, Czech Republic, Slovakia, Hungary, Russia, Serbia, Albania, Kosovo, United States, United Kingdom and Estonia. Two Estonian artists, Flo Kasearu and Karel Koplimets, prepared new projects specifically for The Travellers. The exhibition includes the large-scale installation Halka/Haiti 18 48′05′′N 72 23′01′′W by C.T. Jasper and Joanna Malinowska, which was first presented in the Polish Pavilion at the 56th Venice Biennale in 2015. The majority of 24 artists in the exhibition have never been presented in Estonia before.

The exhibition is accompanied by a book of the same title with contributions from the artists and the curator, published by Lugemik and designed by Stuudio Stuudio (Mikk Heinsoo & Kaarel Nõmmik).