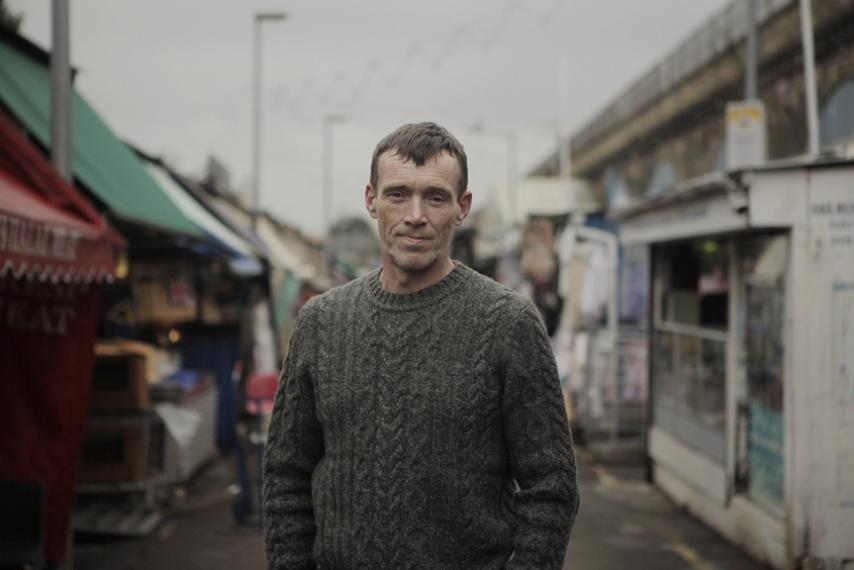 Thomas McCarthy was born in the town of Birr, County Offaly, in the Irish midlands into a well respected Irish Traveller family. His grandfather was known as a “seanachie” which is an Irish term for someone with a profound orally derived knowledge of the history and families of Ireland.

Thomas learnt his crafts of singing and storytelling from his mother, aunts and uncles.

His extended family has a long history of musicianship and includes the well-recognised and respected Doran Brothers and their grandfather “Big John Cash”, who all played the Irish uillean (elbow) pipes.

At age ten Thomas moved to London but continued to travel with his family back and forth and around Ireland and England.

He was recognised by his own family as a gifted singer from a young age, but was “discovered” in 2008 by the wider public after a “tip off” from a barman at a family wedding. This led him to Cecil Sharp House in Camden Town, London. Here he joined singers at a folk song club, who were amazed and enchanted by his powerful yet subtle, ancient and authentic Irish Traveller style of singing and by the rare songs that he brought with him.

Thomas has since been employed singing in clubs and at festivals throughout the UK and Ireland as well as in Europe and the US. He has been described as “the most exciting thing to come out of Ireland in the last fifty years” by Joe Power who runs the folk song club in Dungarven, Ireland.

In addition to this he has proved to be an engaging storyteller for children in the UK and the US, working in schools and at festivals and drawing on old stories and a “fireside” style of storytelling learnt from his family. He never fails to enchant, educate and engage the children, who come from all walks of life.

He has now recorded three CDs: “The Round Top Wagon”, “Herself and Myself” and the third in conjunction with the Cornish Romani Traveller Viv Legg. In reference to the two Travelling traditions, this CD is named “Jauling the Green Tober”. (“Jauling” being a Romani word for walking and “tober” an Irish Traveller word for the road.)

Thomas is also an activist on behalf of his people. This can range from a positive education about his people during performances, talks and storytelling to confronting racism and racist language against Travellers when he comes across it. He has contributed to a number of educative equality and diversity events and conferences, where he has communicated useful information and understanding to professionals wishing to work constructively with the Traveller community.

To purchase CDs go to www.thomasmccarthyfolk.com for “Jauling the Green Tober” and “Herself and Myself” or for copies of “Round Top Wagon” go to travellergypsystory.org