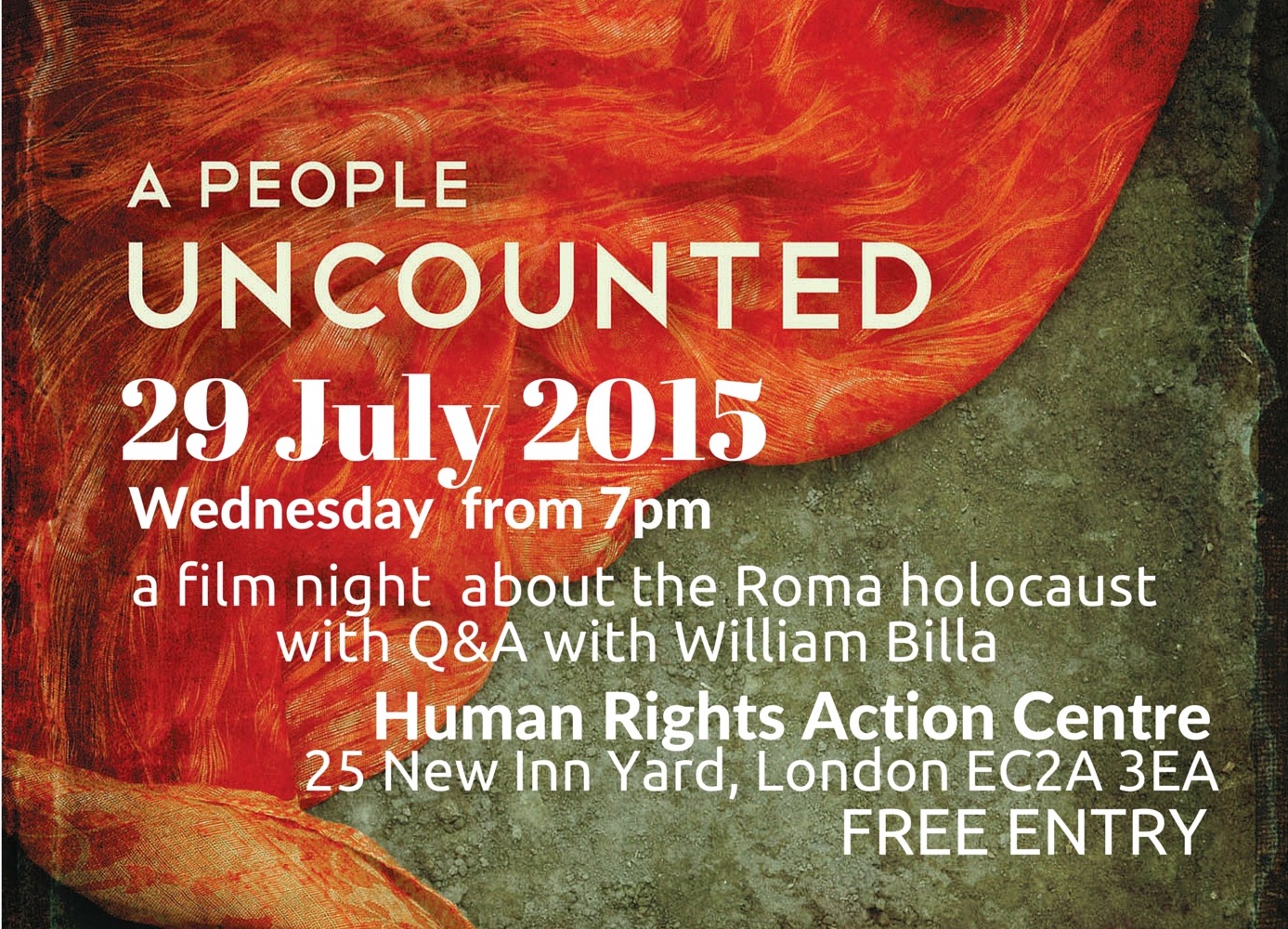 Event to be held at the following time, date and location:

Amnesty International UK, Europe Roma Network  and Gypsy Council invites you to see the movie about Roma Genocide.
The second of of August was the date the Nazis murdered all the Roma and Sinti in the Gypsy camp in Auschwitz, after 2 month of brave and desperate resistance.

about the movie:
A People Uncounted tells the true story of the Roma, commonly referred to as Gypsies-a people who have been both romanticized and vilified in popular culture and who have endured centuries of intolerance and persecution in Europe, including an estimated 500,000 who were murdered in the Holocaust. A People Uncounted documents their colorful but often difficult lives, including how their present state has been shaped by the tragedies of the past. Filmed in 11 countries and featuring dozens of Roma-including Holocaust survivors, historians, activists and musicians-A People Uncounted brings the Romani history to life through the rich interplay of their poetry, music, and compelling first hand accounts.

After the movie will be Q and A with William Billa coo producer of the movie.