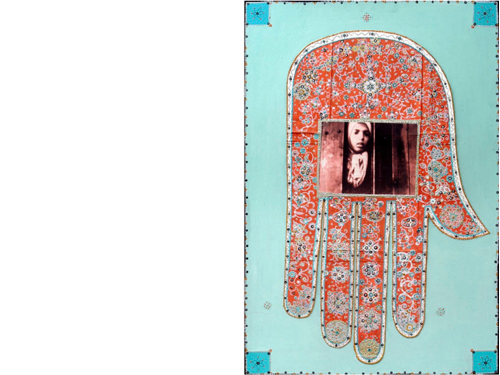 The date is 19th May 1944. The image is one that may be familiar to many (though frequently misplaced as the face of a young Jewish woman), the haunting visage of a young girl gazing out from the doors of a transport train, moments before they are closed by a man in overalls. Her head is wrapped in what appears to be a turban or long scarf that also covers her throat, her gaunt features stretched into a mask of anxiety and fear. In the film that was made by Rudolf Breslauer about the place she is leaving, the Westerbork transit camp (in Hooghalen, ten kilometers north of Westerbork, in the northeastern Netherlands), her image is before our eyes for a mere seven seconds. We are not told her name nor why she is in this terrible situation but her face continues to appear before us wraith-like, for long after the film has moved on…

Maria “Settela” Steinbach was a young Sinti girl (Sintiza), of Romani (Gypsy) origin (in that the Sinti can be said to be part of the wider group of Romani peoples, in the sense that Hancock uses the phrase; 2002), born in Buchten in southern Limburg, Holland. Her father carried out small trade and was a violinist and she, like all of her family, friends and community were defined by the Nazi occupation forces in Holland as “lives unworthy of life” (Binding & Hoch, 1920), part of the “Gypsy plague” (Himmler, 1937; quoted in Hancock, 2002: 39) to be “treated as hereditarily sick” (Johannes Behrendt, 1939; quoted in Hancock, 1989)…

The solution to this “abhorrence” had been discussed frequently by the Nazi elite, and the measure drawn up to “deal with the Gypsy problem” (Heinrich Himmler, 1938; quoted in Hancock, 2002: 43) was “…the elimination without hesitation of this defective element of the population…” (Office of Racial Hygiene, 1939; quoted in Hancock, 1989). To this end, the Romani and Sinti populations in occupied territories were to be treated exactly the same as the Jews, according to an order issued by Reinhard Heydrich on 31st July, 1941…

Only in the case of the Jews and the Gypsies were these groups designated for eradication on “racial grounds”. The Roma and Sinti were also present at all of the extermination camps, not only the Auschwitz-Birkenau death-camp. At Chelmno for example 5,000 Romani people originally imprisoned in the Lodz ghetto were murdered soon after December 1941, shortly after the camp opened (Encyclopaedia of the Holocaust, 2000: 166).

Despite research that has demonstrated the similarity of the treatment of the Jews and Gypsies from eminent historians and researchers like Michael Burleigh (1997), Richard J. Evans (1989), Ian Kershaw (1998) and Gita Sereny (1974), together with the Encyclopaedia of the Holocaust (2000), part of the Yad Vashem project, the continued perception amongst many Holocaust scholars, and much of the literature relating to the Holocaust (see for example Historical Atlas of the Holocaust, United States Holocaust Memorial Museum, 1996 that contains no references to “Gypsies”, “Roma” or “Sinti”), is that the experience of the Jews is unique in the history of genocide. An earlier edition of the ‘Encyclopaedia of the Holocaust’ (1990 –) whilst acknowledging the terrible warped logic of Nazi thought regarding the Gypsies was similar, goes on to claim that the resultant treatment of Gypsies was not.

Yet as early as 1949, the Secretary of the Gypsy Lore Society Doris Yates, clearly recognised the essentially shared experience of the Jews and the Gypsies when she wrote in number eight of the recently established magazine of American public opinion, ‘Commentary’ “…these two peoples shared the horror of martyrdom at the hands of the Nazis for no other reason than they… existed. The Gypsies, like the Jews, stand alone.” (1949: 455)

As historians we must raise the issue of why the subject of the Romani experience of the Holocaust is less well recognised, and frequently separated from that of the Jewish experience, especially as part of the teaching of the history of this period. What is behind this myopia? What reasons are there to explain the absence of information generally in schools and colleges about this subject?

As Ian Hancock, the foremost Romani scholar has demonstrated, it is not the absence of a single Nazi policy statement, of the kind associated with the infamous Wansee Conference that lies behind this differentiation, nor evidence of mass murders, inhuman experiments and the calculated destruction of an entire ethnic community; these proofs (if proofs are required beyond the testimony of Romani and Sinti survivors) exist. In his cogently argued essay Jewish Responses to the Porrajmos (the Romani Holocaust) (1989), Hancock suggests that something else is at work, a “…[r]esistance to the Gypsy case must be due to part to the lateness of its arrival on the academic scene; scholarship on the Porrajmos is comparatively new…” The assumption behind the popular perception of the Holocaust, shaped in no small part by documentaries and films such as Schindler’s List (1993) and others, is of a unique experience, unparalleled in human history. The one film that may be compared in some ways to Steven Spielberg’s epic, Alexander Ramati’s And the violins stopped playing… (1988), is hardly ever screened, and not entirely because of perceived differences in artistic quality…

Porrajmos as a the term for the Roma and Sinti genocide is not universally accepted by all Romani groups or scholars, the debate over the use of the term porrajmos or more frequently O Baro Porrajmos – the Great Devouring – has meant that some activists and international institutions – such as the Council of Europe – have adopted alternatives to the term, which they consider to be offensive as it has connotations with sexual violence, using instead the phrase Sa o mudarimós or Sa o mudaripén, “the final killing”, which they consider more accurate in conjunction with a reconsideration of the mechanisms of modern exclusion, or what they term anti- Romaism. However, Hancock has cogently argued for the continuing use of the former term upon linguistic bases; 2002:34-51

Fourteen year-old Settela and her entire family were deported from Westerbork transit camp and arrived at Auschwitz-Birkenau some days later, terrified, exhausted and humiliated by the shaving of her hair (hence her head covering in the image we have of her). In the appalling conditions of the goods wagon, she would have stood for most of the journey, pressed against her mother and nine sisters and trying to avoid the splashes from the overflowing, stinking bucket of excrement that was the only available latrine in the space. Stumbling into the harsh spotlights of the siding at Auschwitz once the train had ceased its interminable journey, she would have been abused by guards, screamed at in a language she did not understand, beaten with short whips or the end of a rifle butt, and forced into the machine of death and destruction that was the camp. After the torment of life in the Zigeunerlager (Gypsy camp) for three months when she may have been part of the gruesome experiments carried out by Dr Josef Mengele, she and her mother and sisters were escorted by the guards, with Gypsy inmates to the gas chambers, where she would have suffocated in the Zyklon B gas fumes before her body was incinerated in the crematorium ovens on the night of the 2nd and 3rd August 1944…

The history of the Romani Porrajmos is one of those areas of research where much has already been done; an emergent narrative exists in contradistinction to the dominant story of the Holocaust. However, it is not yet part and parcel of this story in the wider discourse, or the popular consciousness. Introducing our students and schoolchildren to the history of “Settela” Steinbach may be one way to begin addressing this, by remembering her…

2nd August 2009 was the first year to be dedicated to an International Remembrance Day of Roma Victims of the Porrajmos (Holocaust). The night of the 2nd and 3rd August 1944 was when many hundreds, possibly more than 3,000 of the total 23,000 Roma and Sinti who had been incarcerated in the Auschwitz- Birkenau concentration camp perished in the gas chambers and whose remains were cremated in the ovens…

The Memorial Day was first suggested by the International Romani Union at a ‘Hearing’ of the Council of Europe’s European Roma and Travellers Forum in Strasbourg on June the 29th 2009. The suggestion was adopted by all participants at the event “Together against the anti-Gypsyism in Europe”, that at 12:00 Roma, Sinti, Gypsies and Travellers should take to the streets to light candles and pray in public for those murdered by the Nazi regime and since through racist violence, particularly the Roma, Sinti, Gypsy and Traveller children who, like Settela continue to suffer abuse, persecution and frequently fatal violence towards them in an increasingly intolerant Europe today…

(1920) The Release of the Destruction of Life Devoid of Value, Leipzig Burleigh, Michael & Wipperman, W.

Evans, Richard J. (1989) In Hitler’s Shadow; West German Historians and the Attempt to Escape from the Nazi Past, London: I.B. Tauris

(1999) In The Shadow Of The Swastika, [trans. Donald Kenrick],The Gypsies During The Second World War, vol.2, Hatfield: University of Hertfordshire Press

Sereny, Gita (1974) Into That Darkness; from Mercy Killing to Mass Murder, London: Deutsch

All images are used with her kind permission.