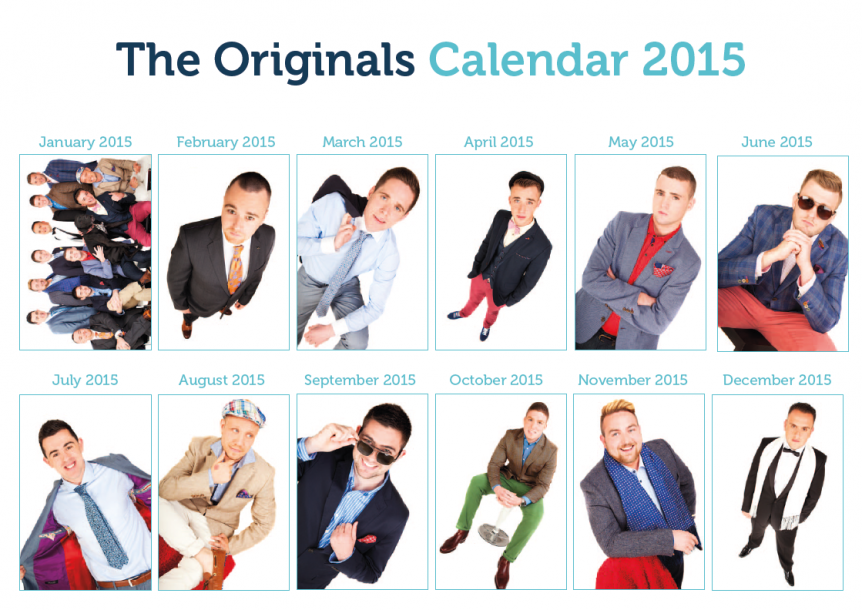 The calendar is part of Involve/ Voice of the Travellers project for this year’s Traveller Pride Week. Traveller Pride Week features events both nationally and locally which aim to increase the profile of the community by portraying the positive contributions Travellers make to society. The annual event is made possible with funding from the Department of Justice and Equality.

The calendar, entitled The Originals: A New Era For Traveller Men will feature 11 Traveller men from various backgrounds and professions. The idea behind the project is to challenge the stereotypes and misconceptions commonly associated with Traveller men. Stereotypes of all Traveller men being involved in illegal trades, association with bare knuckle boxing and feuding which only serve to limit the growth for men such as the participants of this project as well as discourage a younger generation from reaching their potential by perhaps having preconceived low expectations of them. We are offering a profile of guys that aren’t highlighted in mainstream media or Sunday tabloids.

The 11 men who took part in this project include youth workers, community development workers, a reporter, an actor and community support workers with various educational achievements and backgrounds. These men are all examples of our community whom commonly feel they have to hide their identity to get on in employment, education or society in general.

Each month of the calendar depicts the men seasonally suited and styled to perfection with thanks to Arnotts Dublin, their names and roles are mentioned in each shot. All proceeds from the sale of the calendar will be split between the Leah Quinn volunteer fund for the Mellon Educate Programme and Our Lady’s Hospital for Sick Children in Crumlin.

Since the photo-shoot took place the men built upon the publicity being generated and formed an awareness group to challenge how Traveller men are perceived. The group is called LADS (lads against discrimination) and aims to work towards equality for all members of society and provide a role model of equality for Traveller men and for younger generations. The group has so far enjoyed overwhelming support on its social media outlets and wishes to continue this support in the upcoming period before the official launch.

Follow this link for more information: Involve in Partnership with Travellers